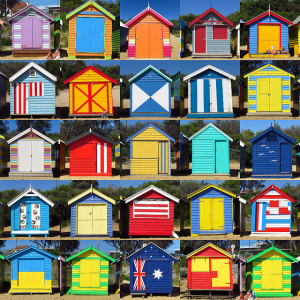 Having lunch at work one day, a colleague remarked: “Now I can understand why Kathryn (me) has never married…”

I was so startled at this , I didn’t even ask her why I hadn’t. She could have saved me many hours and many dollars spent with my therapist as I’ve struggled to unravel the complexities of my relationships.

Why haven’t I ever married any of the very suitable men who may have given me security, stability, safety, a sense of belonging, a family…the very things I have always thought I wanted?

Why have I (mostly) chosen the ones who will never give me what I want?

As I’m writing this I realise I’m assuming she meant marriage as in wedding, bride and groom, confetti, signing the register…But maybe she meant, as I do, a long term, totally committed relationship. That’s a whole other can of worms. Did she think I have never experienced the joys, the wonder, the pleasures, the pain of a relationship with someone I love? As I write that, I find myself getting hostile- how dare she?

How did she know I have never been married? (in the strict sense of the word.) My colleague had never asked me and it had never come up in general conversation. Most people my age, if currently single, have at least one divorce behind them.

What did she think? That I’m so boring no one would ever want to marry me? or so unappealing? or something worse? How dare she even assume that I am heterosexual- she never asked me.

My mother once said, pointedly, on hearing that a cousin had married for the third time: “Well, it just shows anyone can get married, if they really want to.” Did this woman also think that?

I’m not married. I don’t have children. Does this relegate me to that old stereotype of “spinster”?

But there is a much more significant issue here and this is merely an example- an example of the assumptions we make about each other. I’d never had even one “getting-to-know-you” conversations with this woman. Anything she thought she knew about me had come from general, superficial conversations. But she had assumed. Assumed she knew me and assumed a quite intimate knowledge of me. It’s breathtaking in its arrogance.

But we all do it. We don’t bother to find out about the person we work with, or our neighbour and maybe we don’t really know our friends. We all make assumptions.

That remark reminds me to:

to “walk a mile in their shoes.”

We aren’t all made of ticky-tacky, and we aren’t all the same.( Song by Malvina Reynolds, made famous by Pete Seeger.) http://youtu.be/ONEYGU_7EqU