Hot. Hot and more hot. It’s only November, although it was only September last year when we had a heatwave and an out of control bushfire raging a few kilometres away. So this year it’s a bit later. Something to be grateful for.

It’s been so hot for days. Can’t sleep, too exhausted to do anything. I’d drive to the beach but I might fall asleep at the wheel. 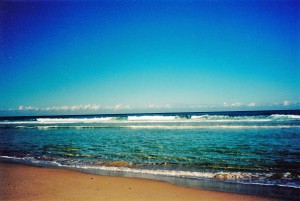 Yesterday at half past five in the evening it was thirty-seven degrees, that’s almost ninety-nine Fahrenheit; on Friday, in the morning, it was forty-four, that’s one hundred and eleven Fahrenheit. Friday I had an appointment at Forster, a local beachside town and went swimming. The ocean was rough so I bobbled about in the beach pool. Cool, cool, clear water- absolute bliss. I could go today…

No lush garden here yet.

I’m so glad the garden has been delayed. I’d be frantic if we had created our garden beds and done intensive planting. At least I don’t have too many plants to worry about. A friend who has been gardening here for eleven years says the sun is now much hotter and plans to cover all her vegetable garden beds with netting to provide some shade and protection from the heat. Seems ludicrous. We used to aim to get the most sun exposure possible and now we look for some protection for our plants. What will it be like in a few years? Experts agree it’s only going to get hotter.

We would like to have some tanks here. Australia is one of the driest continents (is it the driest?), and our rainfall is less and more scattered. The locals tell me we would need large tanks if they were to be of any use and we lack space. It’s too expensive to put them underground. Strange to think that water may become the commodity wars are fought over.

Last year’s flood. We are a “land of droughts and flooding rains.”

Living in the country I have become much more aware of weather. In the city I would notice if it was very hot or cold. Rain could be a nuisance, but I was less aware of the absence of rain. There’s not so much land around and any parks or gardens can be kept watered. Strong winds can be obvious but even their impact is broken by so many buildings.

Here it’s right in my face. Sometimes I think my body is attuned to the weather. I react emotionally to extremes. Too much hot weather and I turn nasty. Days of strong westerlies and I want to lock myself away in a cupboard. I grieve for the coolness and the refreshing of rain through the dry and the drought. I grieve for the land and the animals. Driving around here through the dry times, and it’s mostly been dry, I sit by the road , near the cattle and I mourn. I mourn for what we have done. I mourn for the future. I mourn for our earth. 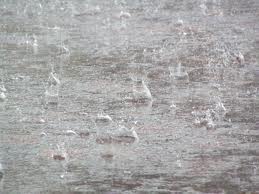 Locals tell me that even with good rain the land no longer recovers. It might recover to about 80%; but then there’s another drought and another and another. Each time the land recovers to some extent but never completely, so over time  the land has become drier and less resilient, it’s more difficult to grow the food and the pastures.

Karl, who lives up the road a way, tells me that his creek hasn’t run fully for over twenty years and I know that the river I grew up beside is much shallower. In some places where it once flowed fully there are banks and it slows to a trickle. Great swimming holes, but not the wide, free-flowing river it once was.

I listened to an interview with Jackie French, a notable author and conservationist. Her latest book “Let the Land Speak” explores the idea that Australia has been shaped by the land itself, rather than by events. I listened as I drove and I found myself in tears as many callers spoke about their intense love for where they had lived or had grown up.

Part of my valley.

I know that I needed to return to this particular area to be near the country of my heart so this piece of the earth could heal the heartbreaks and the wounds of a life.

I will cherish it and care for it all the days of my life and I will fight for it while I have breath.

9 thoughts on “I could call this climate change or global warming, but it’s too bloody hot!”